The Great Vigil of Easter Homily - April 3, 2021 - Christ Our Passover Lamb is Risen! 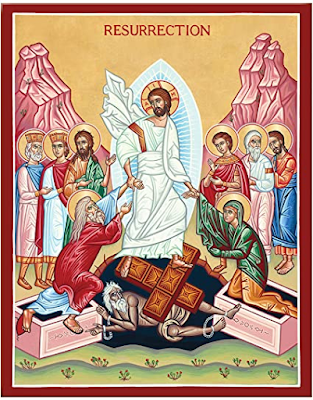 Alleluia!
Christ Our Passover Lamb
is risen from the dead!
And we,
along with Mary the mother of James,
and Mary Magdalene,
and Salome
have no idea what to do!
Can you blame them, though?
Remember,
all of these women were there at the crucifixion.
They SAW what happened to Jesus,
they have been through the sorrow of the Holy Cross
and they have come to adorn and anoint the body of Jesus
for his final burial.
They are walking together,
not at all thinking in their wildest dreams
that they would be looking into an empty tomb,
stone rolled away,
and an angel,
who very nonchalantly says,
"Hey, don't be alarmed,
Jesus is raised,
and He's going ahead of you to Galilee,
just like usual.
Go and tell the disciples to meet him there!"
Can you imagine going to someone's funeral,
only to have an angel meet you and tell you that they aren't dead anymore?
In the moment,
it is just too much!
And I love how the shorter ending of St. Mark's gospel ends:
"So they went out and fled from the tomb,
for terror and amazement had seized them;
and they said nothing to anyone, for they were afraid."
Again,
what would you do if your beloved teacher,
one whom you have followed as his disciples for years
was brutally killed upon a Roman cross
only to have an angel show up and say he's not dead
but has risen!
It is astounding,
amazing,
perhaps even unbelievable!
You,
friends,
are now witnesses to this same thing.
You, beloved brothers and sisters in Christ,
are now His witnesses
carrying a nigh unbelievable message in your mouths:
"Jesus, our Passover, is risen from the dead!"
It has taken millennia of Christian celebrations
of the Feast of the Resurrection of Our Lord Jesus Christ
to even begin to scratch the surface of what Jesus just did for us.
So don't feel badly
if you find yourselves like the two Mary's and Salome!
We don't get it the first time we witness it!
But, just like the women eventually go boldly in witness to Jesus Christ
risen bodily from the dead
so also we are meant to grow into our faith and witness
as Jesus reveals more and more of the great mystery
of his resurrection.
For now friends,
simply join in with us as we celebrate
this wondrous act of God:
Alleluia, Christ is risen!
The Lord is risen indeed! Alleluia!
In the name of the Father, and of the Son, and of the Holy Spirit. 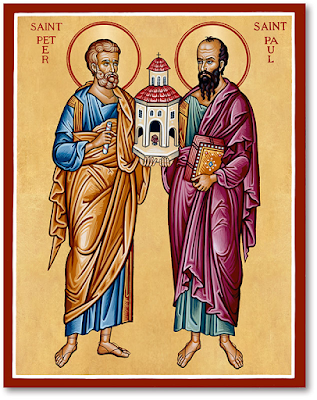 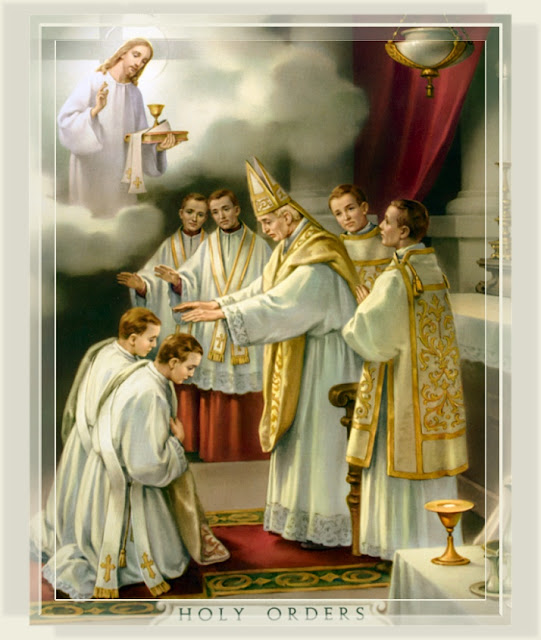 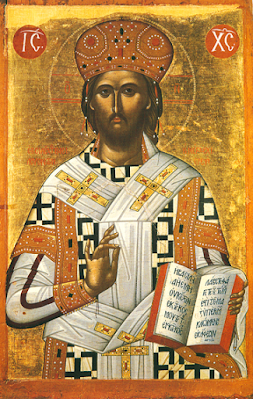