Showing posts from February, 2020
Show all

Ash Wednesday Joel 2:1-2,12-17 Psalm 103 2 Corinthians 5:20b-6:10 Matthew 6:1-6,16-21 I. Who is your audience? This question is perhaps the most basic starting point  for most people who work in marketing.   And anyone here who has worked in marketing before knows    that if you don't know who your target demographic is for your product,     you are already off on the wrong foot. Who is your audience? Let me tell you who knows who their audience is:  Google. Have you ever had the experience of looking something up on Google,  only to then turn around to the next website,   and magically the advertisements on the sides of the screen    are LITERALLY the products you just looked up? The data that we feed the algorithm of Google  directly allows any data gatherers   to begin to build you into their target demographic systems    so that they can more personally advertise products     that YOU are likely to buy. Trust me, it even happens when
Post a Comment
Read more 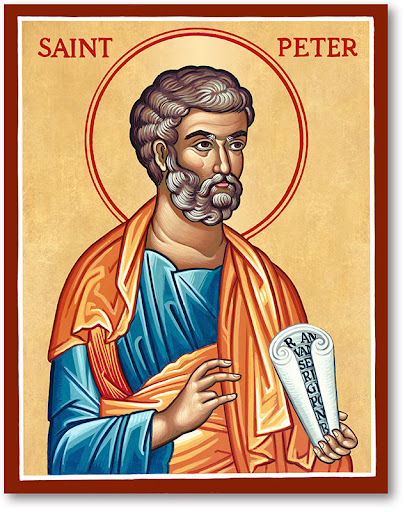 St. Peter Icon I. Have you ever had an experience  that was so out of the ordinary   that you felt afraid to share it with other people? And, like I said, it is not an ordinary experience that I'm talking about. Being there when Tracy Porter intercepted Peyton Manning  and effectively won the Super Bowl for the New Orleans Saints in the 2009 season   is absolutely incredible, but it isn't necessarily out of the ordinary. Witnessing the launch of a space shuttle into space  is a marvel of technology,   but again,    it is not necessarily supernatural,     since our engineering is by necessity rooted in the natural world. No, I'm talking about the supernatural. Have you ever had an experience of the supernatural  that you felt afraid to share with others   because of what they would say? I would wager to guess that some of us in here  have had those experiences. But I would also wager that you have had the same resistance  creep into your con
Post a Comment
Read more

Sermon on the Mount Deuteronomy 30:15-20 Psalm 119:1-8 1 Corinthians 3:1-9 Matthew 5:21-37 I. There comes times in our reading through the Bible  when we have to eat our vegetables.   Because if you heard the Gospel this morning,    Scriptures are no cake walk. Because they deal with a cluster of related things that are very uncomfortable subjects:  sin, final judgment, and hell. But we as faithful inheritors of the Christian tradition  cannot look away from these things and pretend that they aren't there.   Rather, instead, our journey with Jesus Christ brings us directly through their path    as things that are not only necessary things we must consider     but as an essential piece of Christian doctrine that we must dive into. But before we even begin to read the Holy Scriptures,  we have to have to do a little bit of work on our definitions:   1) What do we mean when we use the word "sin"   2) What does it mean for us to be unde
1 comment
Read more 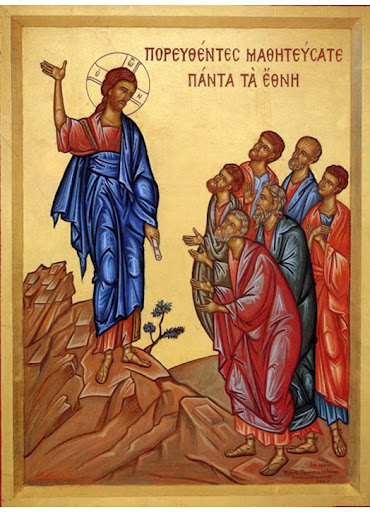 The Sermon on the Mount Icon Fifth Sunday after the Epiphany Isaiah 58:1-12 Psalm 112 1 Corinthians 2:1-16] Matthew 5:13-20 I. "If you talk the talk,  you'd better walk the walk." Has anyone else here heard that phrase before?  Or maybe a little different wording to this phrase:   "If you won't walk the walk, then stop talking.   This phrase is one that you can hear in a lot of different situations,  but it usually refers to when what someone says   doesn't match up with their actions. Things like this come up in life in both small and big ways. "Well, he sure talks about how he is going to clean up his room,  but he sure hasn't done it in the past few weeks!" "She said she was going to come to dinner with us tonight,  but you know how she always cancels at the last minute, right? But this phrase comes up in much bigger ways, right? "Humph, he talks a whole lot about being smart with your mo
Post a Comment
Read more 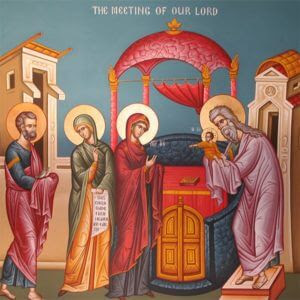 Simeon and the Prophet Anna  Meet the Lord Icon I. Joey is a man from the backwoods of the Ozark foothills.  "Big Joe" is what his friends called him,    and for good reason.  He was an old, rough looking man,   in his late 60s    large frame, tall and towering at about 6'2,     big, rough hands entirely calloused over from the years of working as a diesel mechanic,      long, silver beard that he kept long, but trimmed and shaped,       as the last thing you want your beard to do is get caught up in a truck engine        that he was working on. But to his family,  Joey was the gentle giant. He loves his family,  spends time with his wife, Evangeline, everyday after work,   and after a long day's work,    he enjoys sitting down to read the latest novel that he picked up from the used book store. But Joey also carries with him a sadness that has long haunted him. Joey and Evangeline had two kids,  now grown.   A daughter named Dolly,
Post a Comment
Read more
More posts